I am an anthropologist by training and a self-taught economist who lives in Paris with my family. I have a second home in Durban, South Africa. I started out studying classical languages and literature and went on to explore Atlantic society from the point of view of Africans in West Africa, North America, the Caribbean, Britain, France and South Africa. I have taught in many universities on both sides of the Atlantic, for the longest time in Cambridge, where I was Director of the African Studies Centre. I have also worked as a development consultant, journalist, publisher and gambler.

My academic interests have generally been formal and analytical, although I have always tried to maintain a public profile. My passion, however, is fiction (plays, novels, movies, experimental writing). My professional work concerns the economy, especially money, informality and the digital revolution seen in ways foreign to most economists. My anthropology owes more to reading and life experience than to ethnography. I believe that engaged intellectuals should focus on understanding the emergence of world society today. My life is now defined by the poles of solitary writing and world travel. In this I am sustained by my family and by the virtual social network in my laptop.

Recent books (single and co-authored/edited) include Money in a Human Economy (2017), Economy For and Against Democracy (2015), People, Money and Power in the Economic Crisis (2014), Economic Anthropology: History, Ethnography, Critique (2011), The Human Economy: A Citizen’s Guide (2010), Market and Society: The Great Transformation Today (2009) and The Memory Bank: Money in an Unequal World (2000), plus many papers to be found here and at https://goldsmiths.academia.edu/KeithHart.

For two years I have been writing my autobiography, Self in the World, without yet finding a form and style that adequately expresses what I aim for  — a synthesis of story and analysis. I have come to see this as the book of my life in both senses. It remains to be seen if I can pull it off. 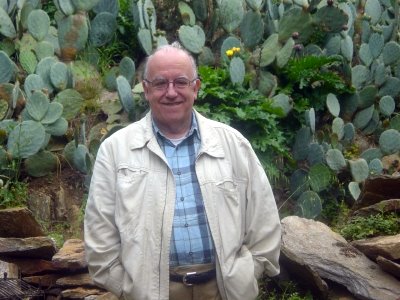 Keith among the prickly pears

There is an excellent two-part interview with Alan Macfarlane.

Here is a trailer: A bottle of Manchester United Chardonnay

Ricardo Leizaola made many videos with me at arepatv on YouTube. Scroll down the page since many were made a decade or more ago.

This conversation is over.

The two great memory banks are language and money. Exchange of meanings through language and of objects through money are now converging in a single network of communication, the internet.

We must learn how to use this digital revolution to advance the human conversation about a better world. Our political task is to make a world society fit for all humanity.